Wow, what a couple of weeks it’s been.  The highlight was last week when we had another cold front go through while fishing with long time friend and client Bob Bishop and Steve (grand slam) Fulton. All the tarpon stars aligned for the second time in a month and client Steve caught a 75lb tarpon on a Rapala X-Rap which was the first fish of his grand slam for the day – tarpon snook and redfish. I love catching tarpon on plugs because they’re aren’t many opportunities and situations to catch the silver kings on plugs. This fish ate the plug 20′ behind the boat and jumped four time in the same place before taking off. After the tarpon bite slowed we headed to the backcountry where we caught snook and redfish.
We’ve also been catching a wide variety of species. One day last week we pulled in twelve species including snook, redfish, trout, pompano, snapper, bat fish, robin fish and more.
Had the opportunity to fish with Susan Cocking, an outdoor writer with the Miami Herald. She called me and wanted to write an article on Chokoloskee and the Everglades National Park. We met in Chokoloskee Island just south of Everglades City to chase snook, reds and tarpon. The tide was ultra low which made for some tough navigating but we saw a lot of reds in the shallows and saw a couple of layed up tarpon. The reds were extremely spooky but the highlight of the day was a 100lb pound tarpon that jumped over the boat. My son Dylan was poling, I was sitting in the chair and Susan was on the bow with a fly rod. With no advance warning, all of a sudden this tarpon jumped over the boat and my lap, between Susan and I. I’ve been fishing most of my life and have never experienced an event like this. She cleared the boat and her belly bumped the gunnel and she left a couple of scales and slime as a souvenir.
Tim Hoffman caught a nice 28″ over slot redfish, pic below.
Going forward the fishing should continue to pick up as the water warms. Snook will become more active, tarpon will become more prevalent and over all the fishing just gets better with the peak in June as the tarpon are off the beaches, snook are in the passes and sharks will be in the backcountry as well as off the beaches and on the wrecks.
I still have availability the last half of March, although limited, and April and May are filling up. Book now for June to get the best tides.
Call me to book a trip or I’d be happy to just discuss fishing.
Capt. Mark Ward – 239-450-9230 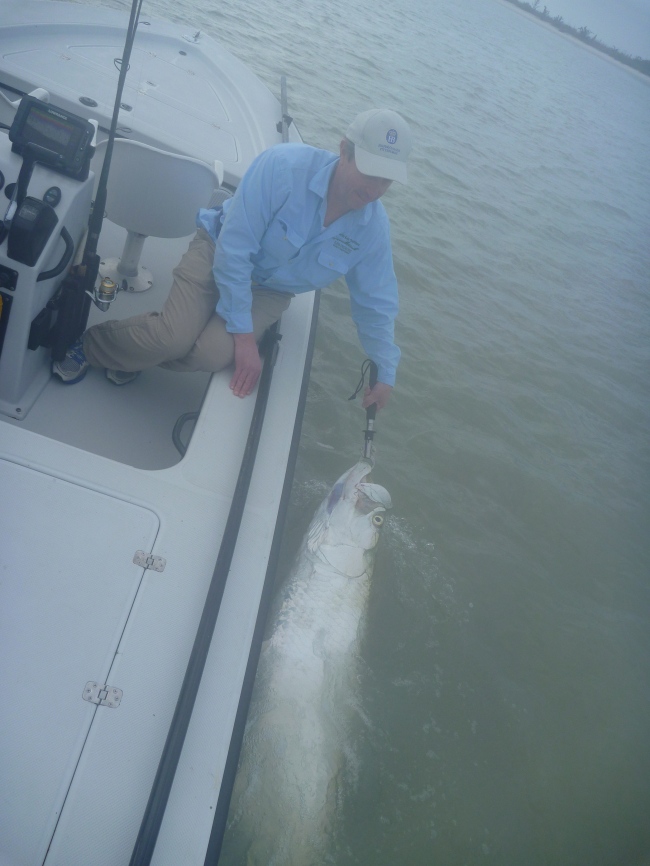 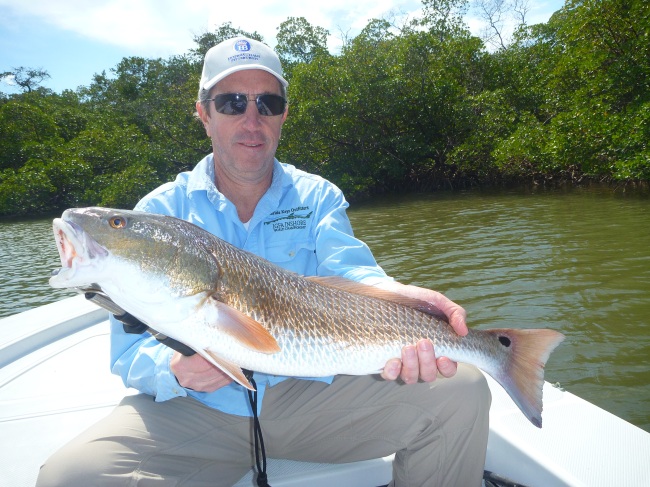 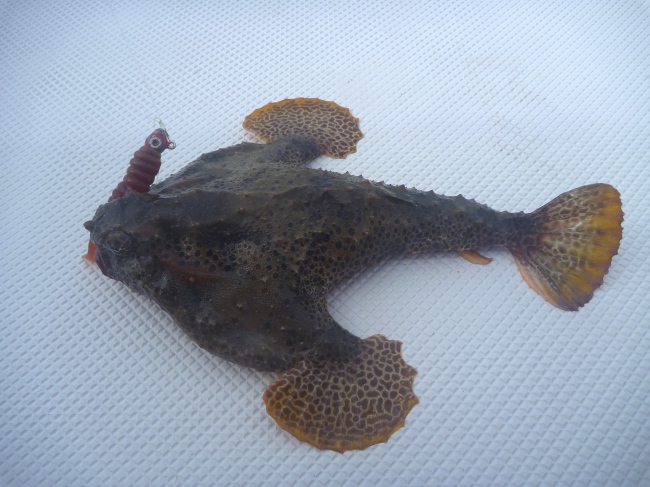