Fishing in the Naples Marco Island has been great this week following the full moon on Tuesday. The water in the gulf has cleared and returned to an emerald blue green color after last weeks cold front and associated west winds dirtied the water for a spell.

Had the pleasure of fishing Michael and his son Bronson from St. Louis a couple times this week. I’ve always loved fishing kids and showing them the unique backcountry mangrove estuaries and the wonders of saltwater fishing and the variety of species that can be caught. We had a great couple days on the good morning incoming tides using scaled sardines or white bait. Snook, redfish, jack crevalle, speckled sea trout, spanish mackerel, mangrove snapper and more were caught. We mixed it up and fish the backcountry then as the tide came in we slowly transitioned to the bays adjacent to the passes, the passes then sight fished snook along the beaches.

The afternoons have also been good fishing on the hard falling tide with tarpon and sharks the highlights. The big afternoons hard falling tides seem to light up the fish and make them active and hungry. Tuesday afternoon fishing with friend Jennie Futch we went one for two on tarpon. We rubber hooked the first one then the second one we thought was a shark because it didn’t jump for over 15 minutes but once it did we knew. Not uncommon for the bigger 100 pound plus fish to not jump much. After 1.5 hours we landed the fish almost a mile from where we hooked it. Estimated at 150 lbs. 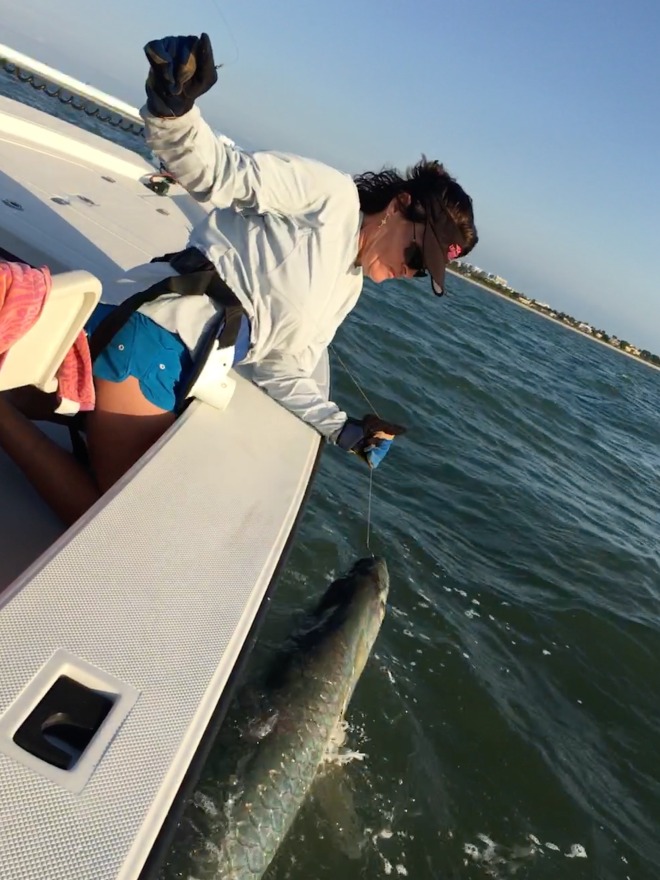 Bronson with a trout

Bronson with a redfish